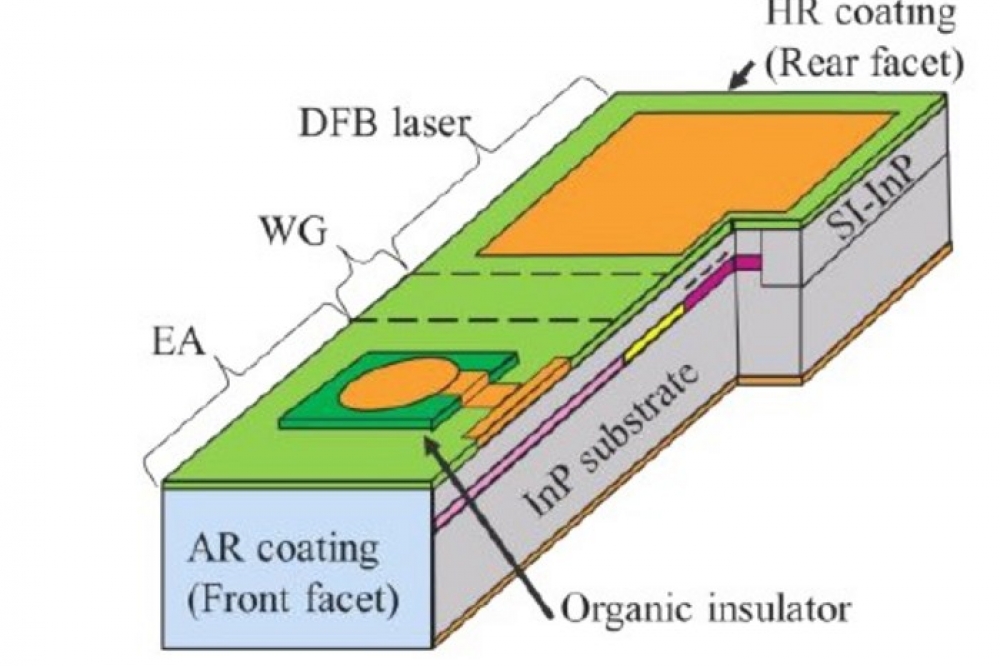 Scientists from Japan have developed a new type of distributed feedback (DFB) laser and showed that it can be used to transmit data at speeds of 200 Gb/s over a record distance of 10 km.

In the new work, the researchers developed a lumped electrode electroabsorption (EA) modulator DFB laser to achieve longer distances. They first used the new laser to demonstrate 5-km transmission of 225-Gb/s PAM4 using the coarse wavelength division multiplexing (CWDM) wavelength band under 50°C operation. They also used the laser for 10-km transmission of 225-Gb/s PAM4 at 1293.5 nm. This wavelength exhibits less chromatic dispersion than the wavelength range assigned to CWDM, the technology typically used to simultaneously send multiple optical signals over an optical fibre. Chromatic dispersion can cause degradation in the optical signal and is more problematic for longer transmission distances.

For all the experiments, the new laser exhibited low transmitter and dispersion eye closure quaternary (TDECQ) values, indicating solid transmitter performance. The researchers say that their results demonstrate the potential of the lumped electrode EA-DFB laser as a light source for 800G ethernet technology, including 10-km applications. It could also be useful for longer reach 5-km CWDM4 applications.

“The traffic in data centres is significantly growing annually as high-resolution video-streaming services, such as 4k and cloud applications. These results show our EA-DFBs are a promising optical light source to realize the upcoming 800GbE applications,” said Nishimura.