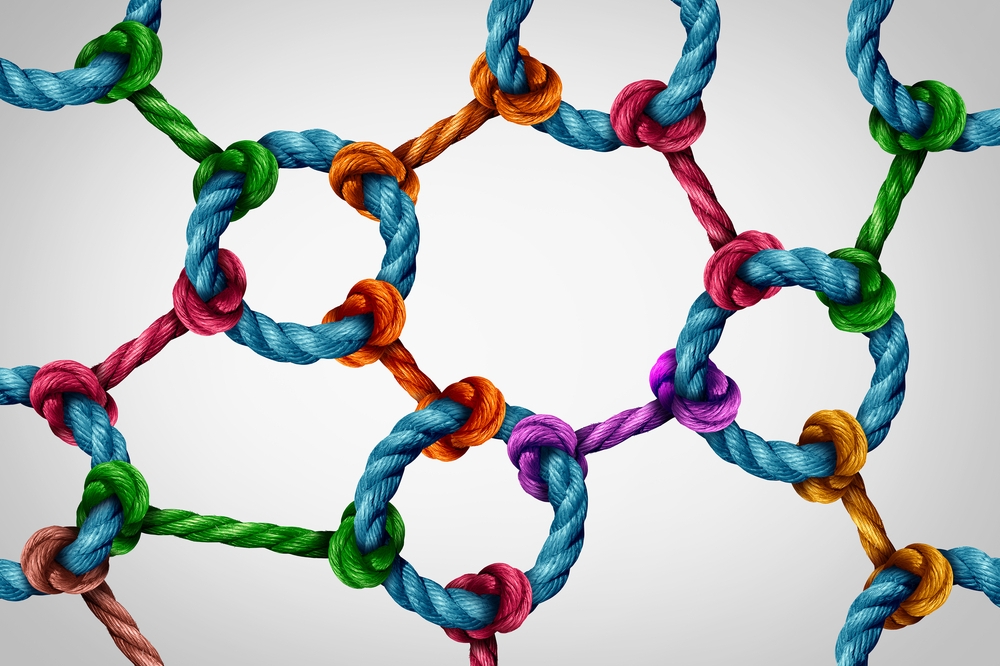 The continuously widening application range of photonic chips requires a practical approach to getting the most out of the available toolkit. Hybrid integration of photonic platforms is a versatile way of scaling module production with optimal performance.

With the various advantages that different photonic platforms over each other, it seems unlikely that one platform will rule them all. The functions built into photonic modules need both active and passive platforms, often requiring different platforms of the same kind to achieve the best performance. Fusing the platforms together after initial processing to create a single block of functional materials became the surrogate goal. Heterogenous integration has advantages of its own, most clearly in terms of the total size of the devices.

However, it also has its own unique challenges: how do we engineer dependable paths past different materials reacting to various conditions differently? New attempts at answering this question are published in peer reviewed journals daily. Once those arrive at a consensus, new machines and processes that can replicate these methods at high volumes must be invented to make heterogenous integration cost effective. This was also the case with electric circuits- only at massive quantities did the margins on monolithic chips make business sense.

To start with, hybrid integration techniques have ceased to be experimental years ago. In most cases, they are simple reapplications of CMOS techniques, with alterations to fit the light-based operations of PICs. The performance these techniques deliver is reproducible. The yields of the processes are known. They are also cheap, and many of the machines used for their automated execution are adapted from their CMOS counterparts. Active alignment machines are a prime example that keeps getting better.

Nonetheless, there are some affordances specific to the integrated photonic industry to consider. The simplest method to attach an optical fiber to a photonic chip, or to attach two photonic chips together, is to use an adhesive and stick them together. Butt-coupling of this kind requires very accurate alignment, as the slightest discrepancy can cause the light to be absorbed or reflected away.

The choice of adhesive is also critical, as organic glues can absorb light in the blue region of visible light. Another factor to consider is the mode field diameter of the light in waveguides of different platforms. Without accounting for different diameters across platforms and fiber optics, there will always be signal losses at the periphery. Suffice to say that hybrid integration itself requires extensive engineering to ensure low optical losses. Such best practices are optimized over many iterations of hybrid assembly for different applications. Out of such cumulative experience, certain applications can be identified as commonplace archetypes of the potential in integrated photonics altogether. The following are such exemplary case studies from our work in LioniX International.

Figure 1: Mature hybrid integration means chips are designed with the final assembly in mind. Pictured is the assembly of photonic chips manufactured for project SPACEBEAM [1], fixed onto a printed circuit board and plugged in for characterization. The inset shows an early render of the TriPleX® SiN chip in the center with the smaller InP chips in purple and gold. The render was produced as part of the design phase of the module.

Mature integration processes cut on development time
Indium phosphide (InP) is one of the better-known waveguide platforms deployed in integrated photonics. Its key asset is its ability to generate light. This makes InP chips ideal as gain sections or amplifiers. However, the optical losses within InP make it less ideal for passive waveguides or delay lines. Silicon nitride (SiN) has very low optical losses, but is a passive material unable to generate or detect light. Our own TriPleX® technology is a SiN-based platform that further lowers the losses of standard SiN. TriPleX® makes for an excellent platform for optical modulators and filters, so combining it with InP became standard practice for our designers.

Using InP as a gain section and TriPleX® as a modulator, we fabricated a tunable laser with a miniscule form factor that produces 90 mW of power with a linewidth of less than 1 kHz and tunability over the entire c-band [2]. Using in-house design expertise and careful polishing of the interfaces, we were able to lower the optical loss across each interface to 1 dB, with only 3 dB loss from the bare InP chip.

The external cavity of the TriPleX® chip hosts a phase modulator, micro-ring resonators for wavelength modulation, and a power controller. Using SiN’s broad transparency and these chip building blocks allowed the optimization of the laser to other wavelength ranges, such as near infrared (780 to 850 nm) and the visible (420 to 680nm) spectrum. This specialization of functions across the two photonic platforms granted the best of both worlds without cutting back on the advantages of integrated photonics.

Stuffing an antenna into a lunchbox
The first ever fully optical beamforming network (OBFN) was made by us in 2018. As neat as these assemblies looked, they came out of years of optimization work. In earlier days, chips were simply connected with wires, and the assembly process was anything but simple. Not only did these take a lot of time and effort to put together, they were also fragile products which had to be treated very gently during characterization. These were not ready for in-situ deployment.

By 2018, however, the picture had changed dramatically. By this stage, vertical integration was part and parcel of our work. PICs were designed with final assembly in mind, and their electronics and packaging were co-designed at the same pre-production stages.

Modules for the transmission and reception of radio frequencies were designed and assembled, with the TriPleX chips fabricated in house. The modules included lasers, such that optical signal generation and processing was handled within the assembly. Those lasers followed the same principle as was described in the earlier section: InP gain sections butt-coupled to TriPleX.

However, the TriPleX chips in these modules did more than tune light into a target range. By integrating another InP chip, this one acting as a modulator, to the TriPleX chip, the TriPleX acted as a central hub for the translating of the radio frequency signal into an optical signal and vice versa.

For transmission, a photodetector array was included to convert the optical signal into RF, and switch delays were used to collate the signal. For reception, microring resonators were used to apply continuous delay to the received signal, and photodetectors were not implemented to allow remoting. Fiber arrays were used as the optical interfaces for the assemblies. What was remarkable even then was that the chips used in these assemblies were all mass-producible. With only the assembly as a bottleneck, scalable volume production was possible.

Since then, the OBFN went through many iterations, especially as it was redesigned for different applications. The OBFN was deployed in the distribution of 5G signals in a wide area without the use of antennae, in groundstation technology for satellite communication as well as satellite-side and on airplanes. Photodetectors became standard in our OBFNs to ensure that they were RF-in, RF-out. They became smaller, cheaper, and more robust.