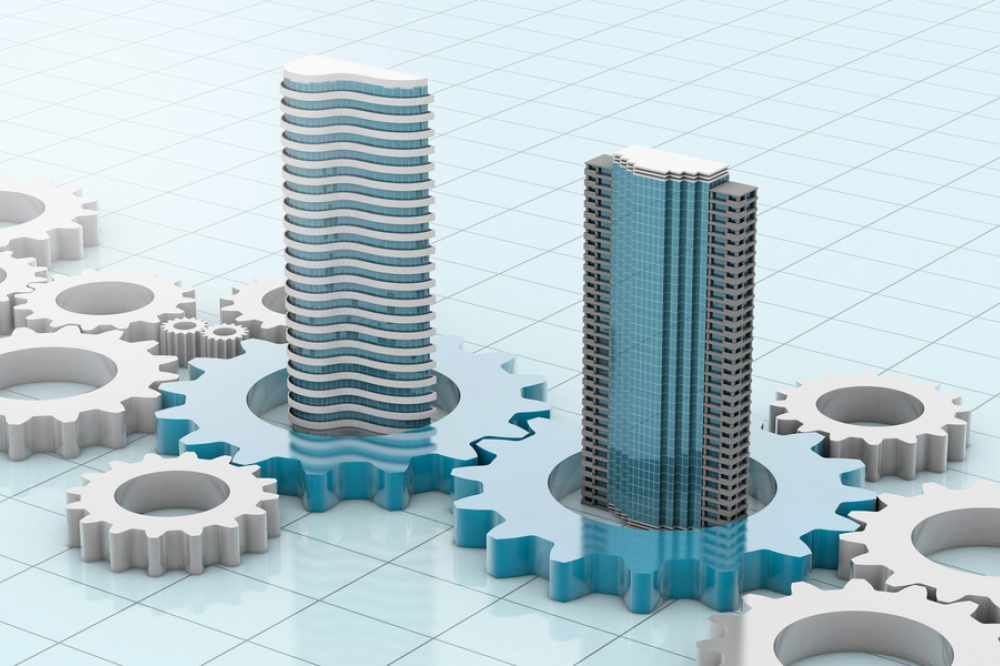 Semiconductors are an integral part in most electronic devices, and the racehorse in the charge towards greater computing power. Without these tiny components, we would not have been able to enjoy our smartphones and hyper-realistic video games. Semiconductors have evolved tremendously since they were first developed; as more and more computing power is sought after, the silicon chips shrink in size and, today, the smallest wafers are just 2 nm – a fraction of the width of a strand of DNA. Smaller chips means that the distance the electrons need to travel is decreased, allowing much faster processing. Unfortunately, it makes both the manufacturing and validation processes extremely difficult.

Time is money
Since semiconductors are necessary in virtually all types of technology, they are constantly in high demand, and it is important that the manufacturing process is efficient. A single chip can take a month to manufacture and, depending on the design, the process can consist of 1,000 to 2,000 steps. It is common to check the device for faults between processing steps, since moving to the end phase of the manufacture would be a waste of time and money if the semiconductor has a defect.

Challenges at every step
Scanning semiconductors for flaws requires extremely accurate motion control. As precision cannot come at the cost of speed, the system must be able to move from point A to point B as quickly as possible. Ideally, the motion will start instantaneously after the command has been given, and come to a full stop as soon as the exact position has been reached. In addition, when used in dynamic processes, for example when measurements are performed during movement, the inspection head needs to be triggered at exactly the right spot. However, in practice, there will always be some latency – a delay before the inspection head is activated, and some settling time before the motion of the stage stops completely. There will also be some positioning inaccuracy, especially during acceleration. This latter issue can be affected by many factors, such as flaws in position feedback system or drive mechanism, or guidance errors in the bearings. Another common issue is vibrations caused by the movement of the stage. These interferences will disturb the system and, if the vibrations occur at one of the natural frequencies of the appliance, they will be amplified. One way to fix this issue is to make the system as stable and robust as possible, but these disturbances are hard to remove completely during fast movements.

Innovative motion control powered by smart software
ACS Motion Control is a global supplier of motion control systems, including controllers, motor drives, specialised IOs and various smart software tools. The company was founded in Israel in 1985, and has since spread all over the world – with offices in the USA, Germany, China and Korea – and joined the Physik Instrumente (PI) group in 2017. ACS’s products are used in a range of applications that require high precision motion control, from optical-, ultrasonic- and e-beam inspection to X-ray, dimension metrology and maskless lithography.

Software that can learn
ACS’s high performance motion solutions are powered by intelligent software that helps the hardware to perform at its best. Its patented NanoPWM technology uses both PWM- and linear power amplifiers, allowing the stage to move at high speed and settle in nanometre-sized windows. The MotionBoost algorithm creates motion profiles aimed at minimising vibration and settling times, by reducing the energy supplied to the stage through friction or moving parts. The effects of disturbances are further reduced by the ServoBoost software, which works in real time to identify and compensate for perturbations caused by cogging, load changing and cross-axis interactions. This ensures faster settling, lower jitter and decreased dynamic error compared to standard PID-based algorithms. The newest addition to the ACS portfolio is LearningBoost, a state-of-the-art control algorithm that can not only sense and cancel out disturbances, but also predict them, by learning the way the system performs and which movements usually cause perturbations. Coupling LearningBoost with the other software packages from ACS will enable previously unachievable throughput and accuracy, making a huge difference for applications such as semiconductor production that rely on high-precision motion control.

PI in brief
PI (Physik Instrumente), headquartered in Karlsruhe, is the market and technology leader for high precision positioning technology and piezo applications in the semiconductor industry, life sciences, photonics, and in industrial automation. In close cooperation with customers from all over the world and for 50 years now, PI's specialists (approx. 1,300) have, again and again, been pushing the boundaries of what is technically possible and developing customized solutions from scratch. More than 350 granted and pending patents underline the company's claim to its leadership. PI has six production sites and 15 sales and service offices in Europe, North America, and Asia.