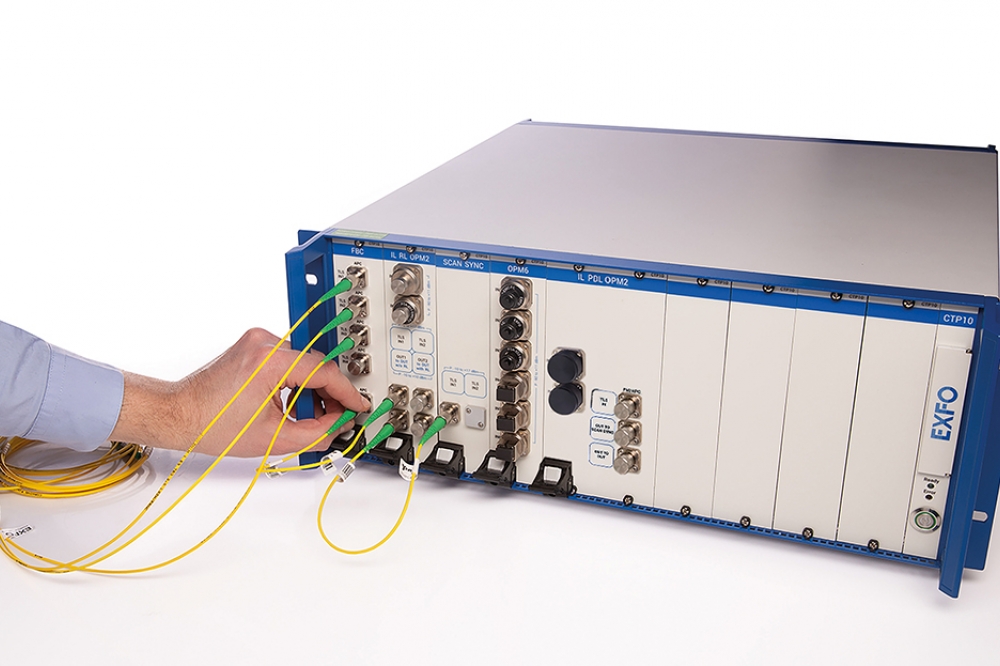 Mass production of photonic components requires fast, flexible, and integrated testing and characterization. And testing constitutes a big chunk of component manufacturers' investment given that an estimated 30 percent of the total cost of photonic chip production is driven by testing.

Recent Photonic Integrated Circuits (PIC) testing advances have helped reduce operating expenses via increased speed, reliability, and scalability. PIC measurement can now be optimized using turn-key solutions - delivered through vendor collaborations -- to perform multiple tasks efficiently with easy reconfiguration. And new technologies are on the horizon to provide even more opportunities to reduce component manufacturing costs.
This article looks at the current state of PIC testing, progress made in seamlessly moving PIC testing from the lab to fabrication, and the advancements in laser technology that will reduce the cost and time of testing while maintaining reliability.

Streamlining the PIC testing process
Testing PICs has always been a big challenge over the decades of development in the cleanroom. Often researchers would put together some test instruments and perform the characterization by hand or even design their own dedicated instrument that could also include post-processing and analysis of the results. Over the past few years, test instruments designer EXFO has worked closely with these researchers to create instruments that are fine-tuned to the technical requirements of PIC optical testing.

Moving PIC-based passive component testing into production is often challenging due to the high port count of some components like arrayed waveguide grating (AWG) or the sheer number of components to test on a single die. Since testing requirements are very similar in the lab and in production of these specialized devices, component manufacturers can now use the same component test platforms they used during the development of the product in the factory. The test solution serves as a multiport detection system that operates in conjunction with a continuously tunable laser to measure optical insertion loss, return loss, and polarization-dependent loss across the laser's spectral range. This cost-effective method yields optical spectrum quickly and with a high wavelength resolution down to a picometer level.

The CTP10 system can also be used with a matrix switch MXS-9100 foreasy reconfiguration of PIC die-level testing as in this demonstration from Aerotech,EHVA, and EXFO One further paradigm when considering testing in production is the need to reduce testing costs and hence reduce testing time. In the case of spectral measurement, the test consists of a laser performing a wavelength sweep and in synchronous detection of optical power onto one or several detectors. How much can be gained in speed comes down to how fast the laser can sweep, how quickly the detector can react to the change in optical power, and how long it takes for the data to become available to the operator.

EXFO's CTP10 is a modular component test platform that characterizes the spectral properties of high port count devices in one single scan with picometer resolution and a 70 dB dynamic range, even at high laser sweep speeds. The CTP10 operates from 1240 to 1680 nm and covers a wide range of test applications, including telecom, waveguide technology and coupling, sensing, and LIDAR.

The CPT10's electronics and internal processor streamline data transfer as well as providing a suite of analysis tools, hence offering a solution that is fast in all aspects of the testing phase. Indeed, precious seconds per die can be gained by using such an integrated solution. On a wafer with several hundreds of dies, that is hours of testing that can be saved by using the CTP10.

Automation to enable mass component production
When testing hundreds or even thousands of components on a single wafer, optimizing the automation process quickly becomes essential. This is particularly true because optical functionalities to be tested may vary from device to device or from die to die. As a result, PIC test solutions need to address fast reconfiguration of both software and hardware through the use of optical switches. Additionally, faster single-wavelength tests may also be beneficial at some points in the production process such as fiber alignment or after dicing. These simpler tests also help the overall speed of the test and measurement (T&M) process.

EXFO has addressed these challenges with a two-pronged approach. First, the FTBx series of modules provide the optical testing building blocks for a simple laser + power meter test configuration, with ample possibilities for adding attenuators, switches, or different types of optical sources. Second, the MXS matrix switch addresses the need for quick but repeatable reconfiguration, switching in a fraction of a second to a new configuration.