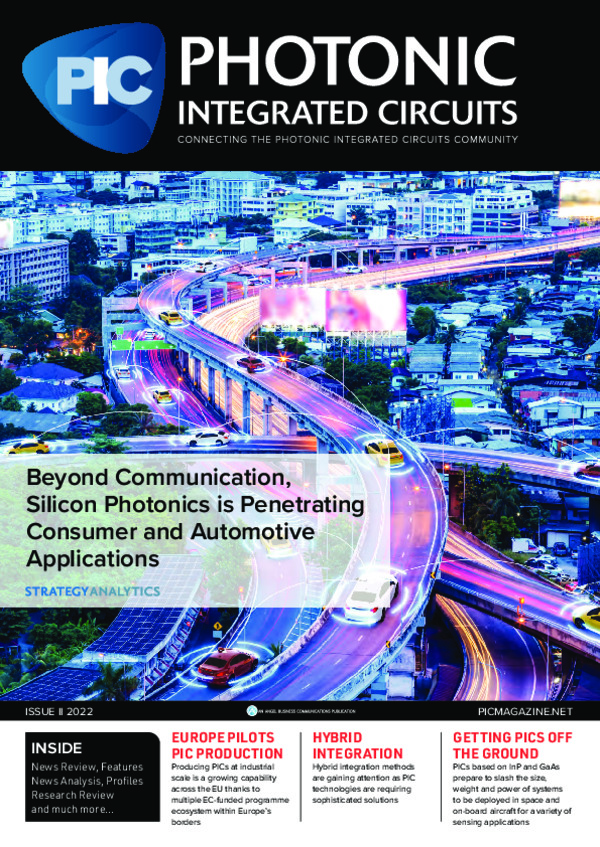 Magazine Feature
This article was originally featured in the edition:
Issue 2 2022 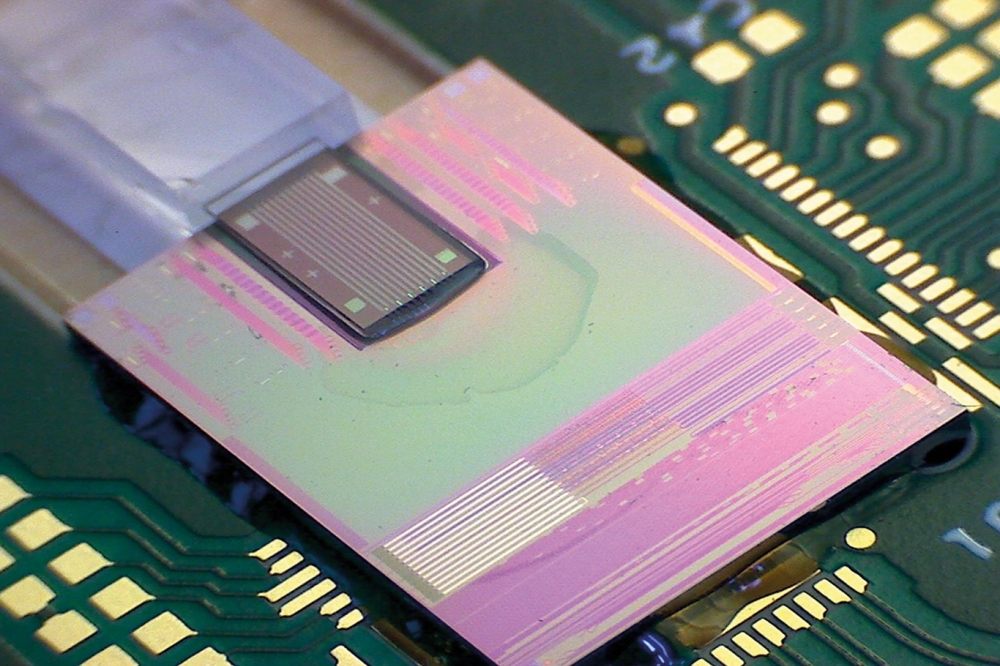 Photonic integrated circuits (PICs) have tremendously matured over the last decade and found use in a multitude of devices. Photonic chips based on silicon photonic technologies, for example, have expanded their use-case from being employed in transceivers to several other applications, such as photonic computing, optical interconnects and even consumer applications, according to market reports (http://www.yole.fr/Silicon_Photonics_Market_Update_2021.aspx ).

These advancements are not only spurred by extensive research efforts and the addition of new functionalities to the major platforms themselves - silicon-on-insulator (SOI), silicon nitride (SiN) and indium phosphide (InP) - but also by developments on other material platforms and technologies, such as thin film lithium niobate on insulator (LNOI), polymer photonics and plasmonics.

Still, to date, no single platform alone provides all components and functionalities, which are necessary in a typical PIC application such as a complete high-speed transceiver module. SiN exhibits low propagation loss and allows wafer level packaging, but lacks any intrinsic active device functions – such as modulators, photodetectors and most importantly lasers, which is also the major missing building block on the SOI platform. InP on the other hand is an excellent material for integrating laser sources on-chip, but exhibits larger propagation loss and is thus not too suitable for passive devices and large-scale integration.

As a consequence, extensive efforts have been made on developing scalable integration technologies, which allow to leverage the benefits of multiple platforms, combined and tightly packaged together in one module.

The importance of integration platforms
The technologies and methods for the combined integration of different PICs can be roughly divided into two branches. One the one hand, additional efforts in the front- and back-end (e.g. micro-transfer printing, direct epitaxial growing) lead to heterogeneously integrated chips. On the other hand, advanced packaging methods such as micro-packaging or on-board co-integration of different chips results in hybrid integrated modules and chiplets.

While the former wafer-scale integration methods hold great promises for low-cost, efficient integration of several chips, the resulting heterogeneous PIC still needs to be packaged – an issue, which has risen in awareness over the last couple of years. As of now, the efficient packaging of PICs still resembles a bottleneck in many applications and has thus become an integral part in any system development involving PICs. This holds true in particular as the complexity of chips is advancing, the number of optical I/Os is increasing and the electrical requirements are getting tighter as well – e.g. high-speed RF interfaces or high-density electrical traces.

In order to overcome the challenges associated with the packaging of PICs, hybrid integration methods are offering significant advantages. They not only allow to combine and connect different PICs together in one module, but at the same time already tackle the issue of packaging, thereby solving two problems at a time. In the following, electro-optical circuit boards (EOCBs) are introduced as an attractive solution to hybrid integration and several technological features relevant for advanced PIC packaging are discussed.