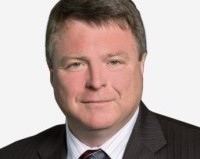 Adam Carter has joined Vector Photonics as business development director for North America, based in Silicon Valley, his home for many years.

“Adam Carter is a semiconductor communications industry veteran, with an impressive, 25-year track record”, said Neil Martin, CEO of Vector Photonics. “He has been instrumental in the growth of some of the world's leading manufacturers of integrated, optical components, modules and subsystems, including several, successful business exits, turnarounds and acquisitions. We are extremely pleased Adam has chosen to join Vector Photonics and he will be a great asset to the business.”

Carter was most recently chief commercial officer at Foxcon Optical Interconnects. From July 2014 to December 2018, he was a key executive officer in the team which turned Oclaro from a loss-making manufacturer of optical products, to its sale to Lumentum Holdings for $1.85 billion.

From 2007 to 2014, Carter was a senior director and general manager of Cisco's Transceiver Module Group, where he led the acquisition of Lightwire, a Silicon Photonics start-up. Before that, Carter held strategic marketing and business development roles at Avago Technologies, Agilent Technologies and Hewlett Packard, having started his career as a process and device Engineer at BT & D.

Carter holds a BSc Honours in Applied Physics from Portsmouth University and received a PhD from the University of Wales, Cardiff, for his research on the plasma etching of III-V semiconductor materials.