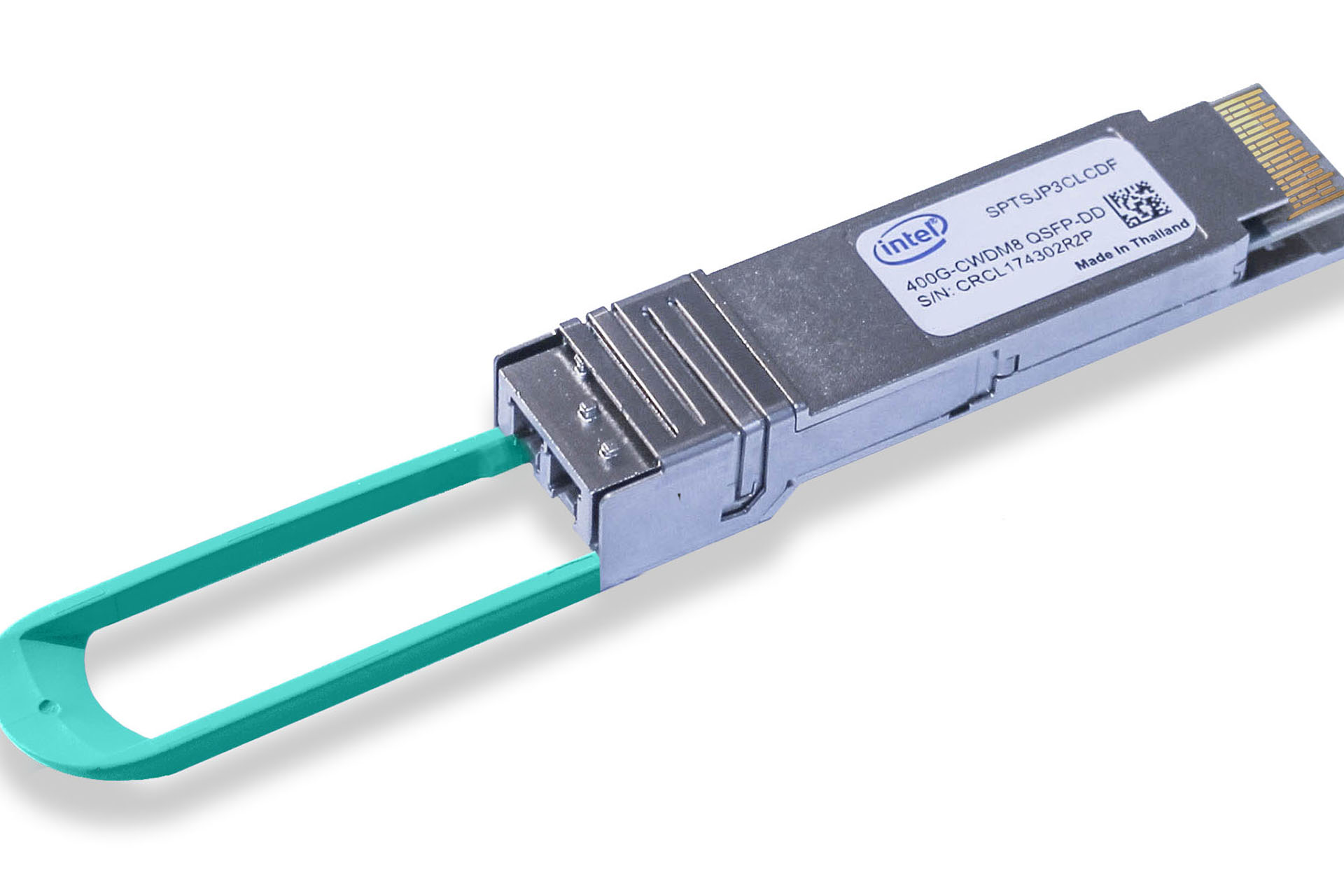 - CWDM8 can also be implemented in any of the 400G module form factors currently being considered in the industry including QSFP-DD, OSFP, and COBO, providing up to 36x400G bandwidth density per line card.

- The CWDM8 optical interface is designed so that the optical module can operate without an internal thermoelectric cooler, for significantly reduced power dissipation and cost.

Proven technology with ability to scale

- The CWDM8 interface uses proven NRZ technology to enable solutions with higher yield, lower cost, and faster time to volume, ensuring that 400G optics is ready for the scale and quick ramp requirements of hyperscale data center deployments. NRZ transmission has been successfully proven out over multiple previous generations of optics deployment, and is well suited to channels with higher bandwidth and lower SNR (which is typically the case for optical channels), as NRZ signaling avoids the significant SNR penalty from multi-level PAM4 signaling.

Path to future interfaces beyond 400G

- The CWDM8 technology approach for 400G also lays the groundwork for future 800G interfaces for 25.6T switches, as PAM4 can be added in the future to the native 50Gbd interface to enable 8x100G PAM4 optical links. This growth/upgrade path for the 400G and 800G data rate transitions allows the more proven and higher-margin 50G/lane NRZ technology to be deployed in the 400G generation while allowing more time for maturity of 100G/lane PAM4 before deployment in the 100G/lane switch generation with additional optical component improvements.

CWDM8 status and next steps

After technical discussions, the CWDM8 MSA Group has released both the 2 km and 10 km 400G MSA optical interface specifications, both of which are available at www.cwdm8-msa.org. 400G optics products based on the CWDM8 MSA will be available soon and will help enable the 400G interconnect transition in data centers in 2018-19 and beyond.